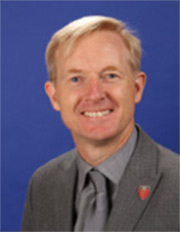 As Chaplain, I want to be of help to the whole school community – pupils, staff, parents, families and indeed all who are connected with the school in whatever way, to all faiths and none.

By way of background, I am an ordained and accredited Baptist Minister. I am married to Michelle and we have two daughters, Charis and Alyssa. I became a Christian in 1996 when I was 22 years old.

Every week there are a number of opportunities for pupils and staff to get involved in the School’s Christian community. This could be through coming together in Christian Union, participating in Communion, or having a quiet moment of reflection in Morning Prayer. More information can be found here.

If pupils would like to mark / celebrate any of the faith events detailed in the Faith Calendar, Rev Boyce is very keen to work with them and their family to look into ways of facilitiating this.  More widely, he is also very keen to offer support and encourgement with regards to any aspect of faith (or none).

What is the role of a Chaplain?

Chaplaincy has traditionally been a distinctive feature of universities and colleges and of many church-based schools. Outside the educational context, chaplaincy has been a feature of the armed forces, of prisons and hospitals and of other institutional situations.

In the context of an institution or community, a chaplain is appointed to offer personal care, support, counsel and guidance. He or she has traditionally been an ordained minister or priest.

Chaplains have also usually carried responsibility for leading the community in worship.

A school's pastoral staff seek to further the work of the school by caring for individual pupils – which may mean also disciplining them to keep them on track – and by supporting their academic learning. The role of the school chaplain is rather different. A chaplain usually has pastoral responsibility for the whole of the community, rather than (as in the case of pastoral staff) a section of it. His or her care covers pupils, teachers, school leaders, school non-teaching staff, and the extended school community – including parents. He or she may also double as a teacher, but instead of carrying a role which may also be disciplinary, like other 'pastoral' staff, the chaplain has a prior commitment to supporting the individual welfare of each person in his or her care.

In some schools the chaplain may also have a particular role in supporting the head teacher.
She or he will aim to represent the pastoral care and presence of Christ, and to bring religious awareness and the insights of faith to bear on the issues confronting both individuals and the school community.

State boarding school for boys and girls with sixth form, in easy reach of London, in the South East of England

Looking for a boarding place?

Boarding education from £0-£1,320/month.
See if you qualify for a scholarship, bursary or discount.