The visit of the Duchess of Gloucester was a fitting way to commemorate the history of the Royal Alexandra and Albert School and indeed the Duchess has been President of the School since 1974. The School has recently taken possession of a foundation stone that was salvaged from the old Alexandra Orphanage in Camden, the site that was vacated when the Orphanage joined the Albert Orphanage at Gatton Park in Reigate shortly after the Second World War. 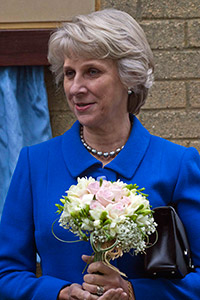 Old Scholars from both Orphanages, as well as some who attended the School in Gatton Park, came back to the School to witness the unveiling of the foundation stone. This has been installed in the wall of Alexandra House, one of the girls' boarding houses. The Duchess also unveiled a commemorative plaque which has been set in the wall of Albert House, a boarding house for boys.

The Duchess then visited the Dining Hall, where Junior School pupils were just finishing their lunch. She met the captains of the School's netball teams and presented the new 'Duchess of Gloucester Cup' to the captain of the Sixth Form Netball Team, 17 year old Janet Bunjo. The Duchess also took the time to talk to Junior pupils.

Headmaster, Paul Spencer Ellis, said "It was wonderful to have the Duchess here to share this commemorative event with us. She made a point of talking to current pupils of all ages as well as our visitors who had been pupils in years gone by. Her visit will leave a lasting impression for all who met her." 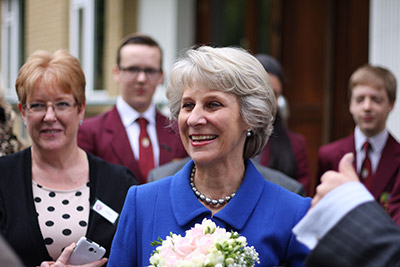 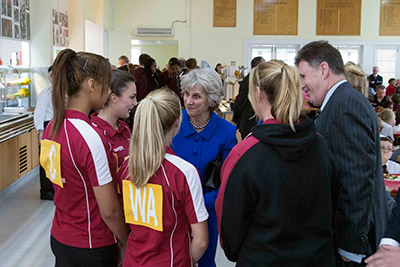 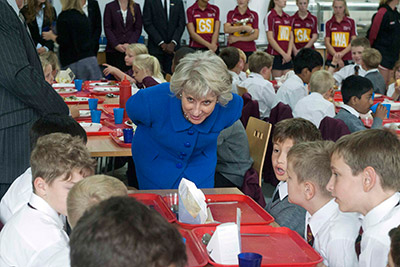